Chrome Dev Editor is a web development environment running as a packaged app inside Google Chrome. It is based on the open source project Spark developed by Google since November 2013 using the Dart language and Polymer elements. Chrome Dev Editor supports building JavaScript & Dart web apps, Chrome apps, Polymer elements and widgets. It is going to be officially announced at Google I/O 2014, but you can download the developer pre-release version 0.13 below. Keep in mind, that you use it at your own risk.

To install Chrome Dev Editor, you would probably need a developer channel of Google Chrome. Go to chrome://extensions, drag and drop the CRX file there. You will be asked to install the packaged app.

On the first run, the app could hang at a splash screen for a while: 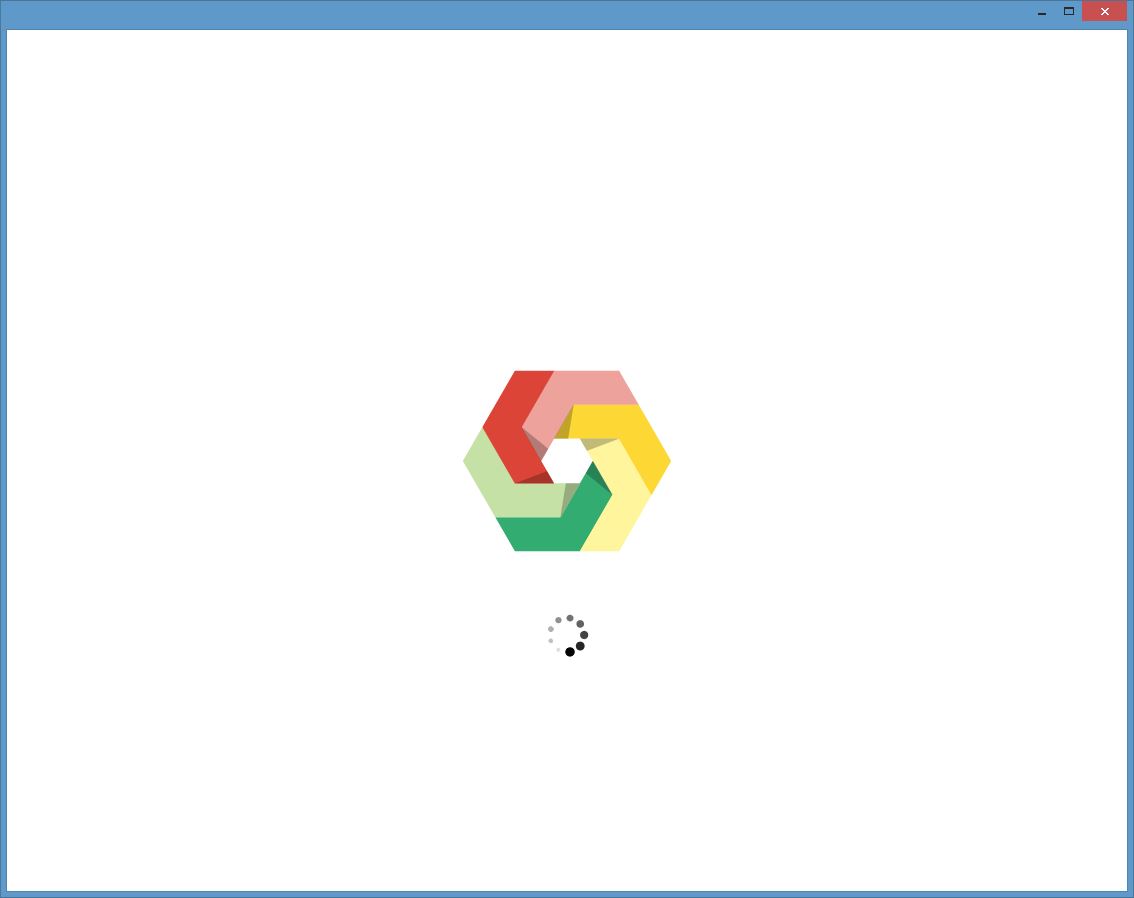 In the main window, you can click the wrench icon to check the settings: 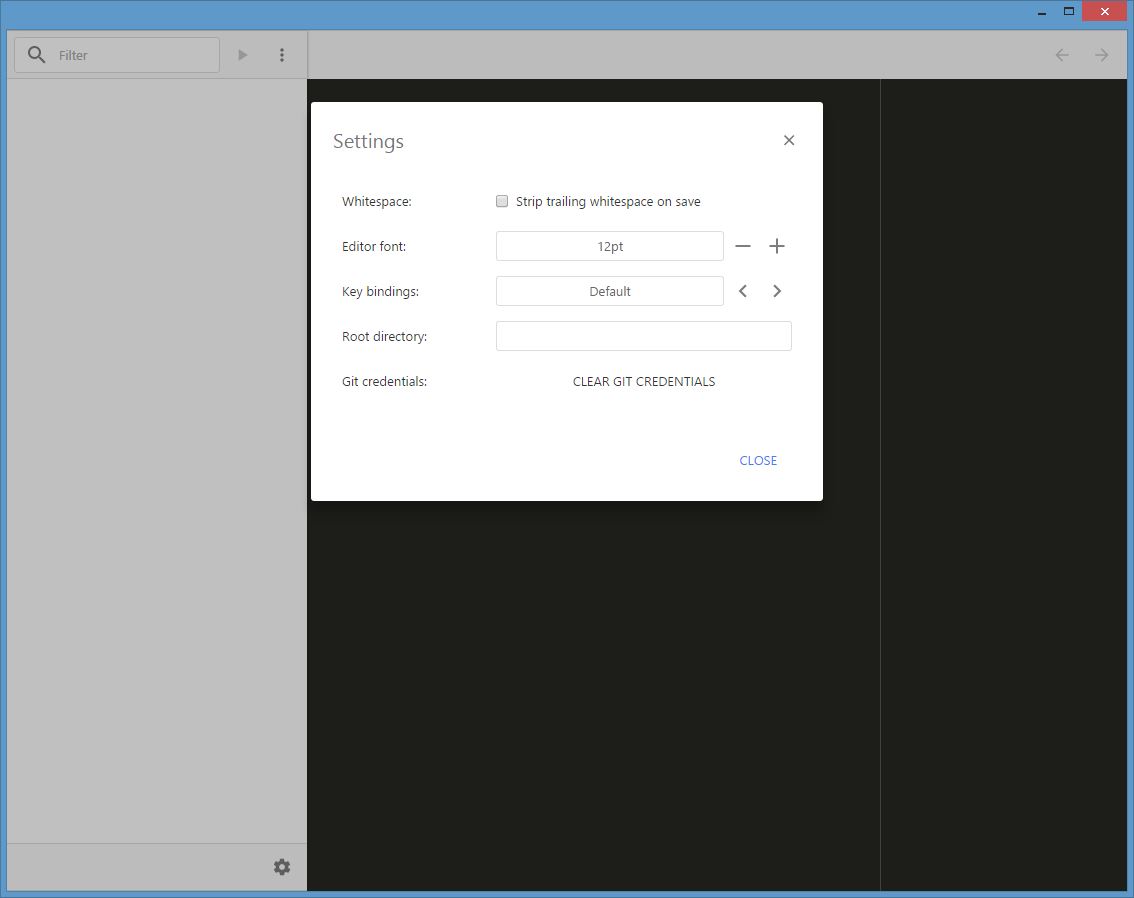 You can create your new project, deploy it or clone the Git repository using the hamburger icon: 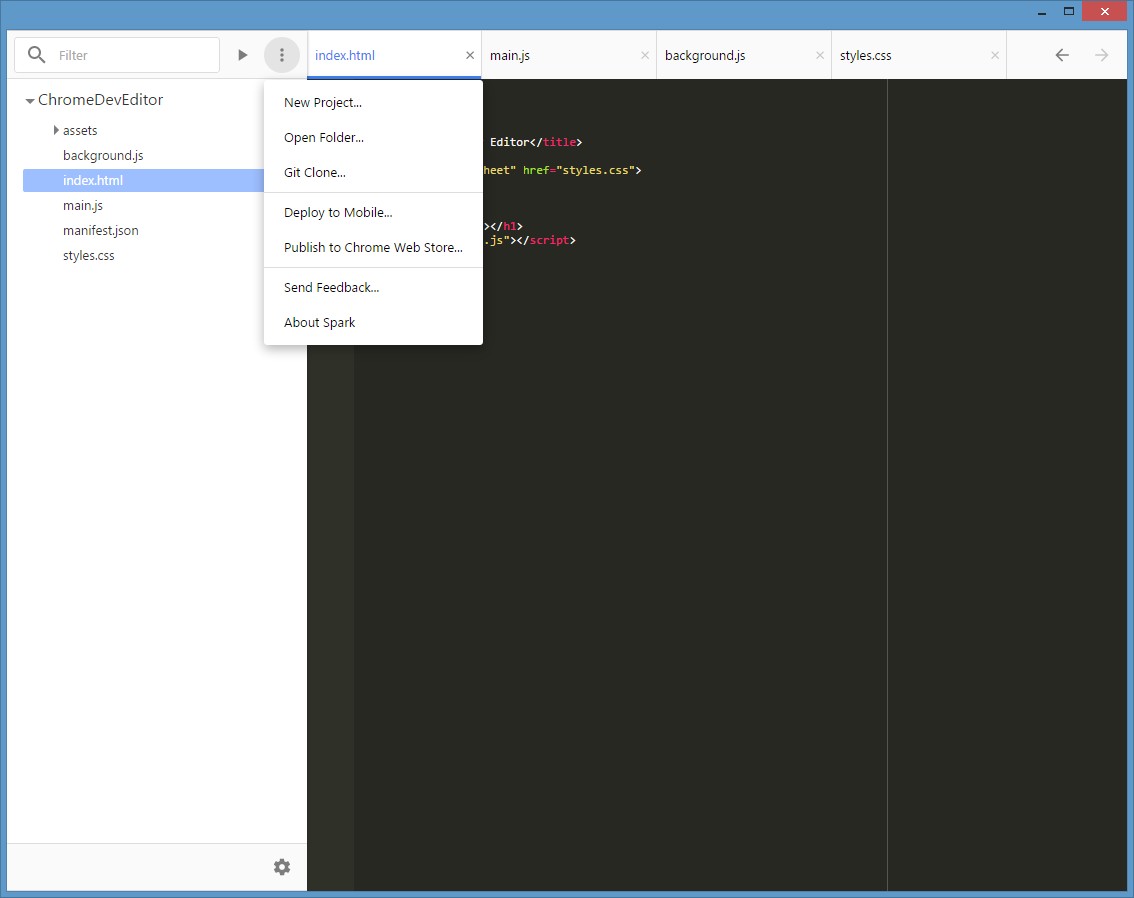 You can run the HTML file using the context menu or the play icon: 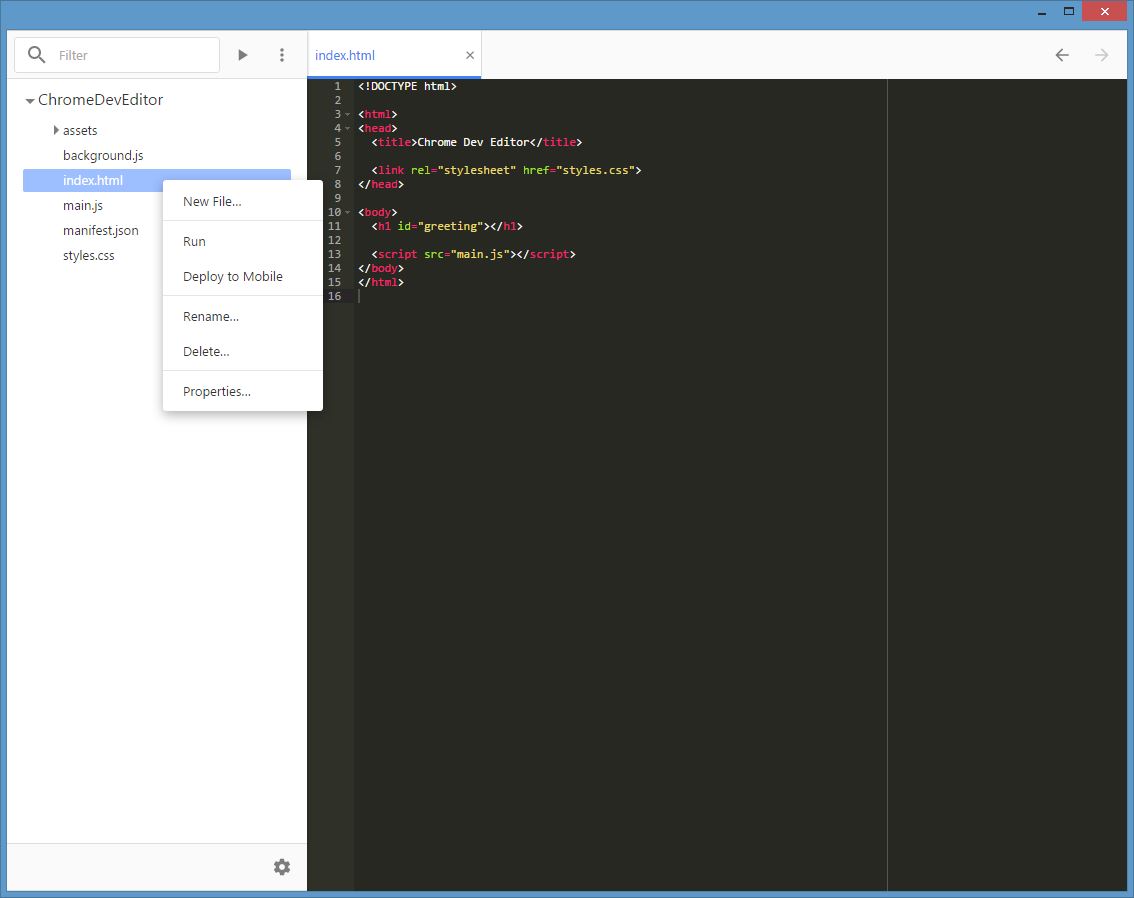 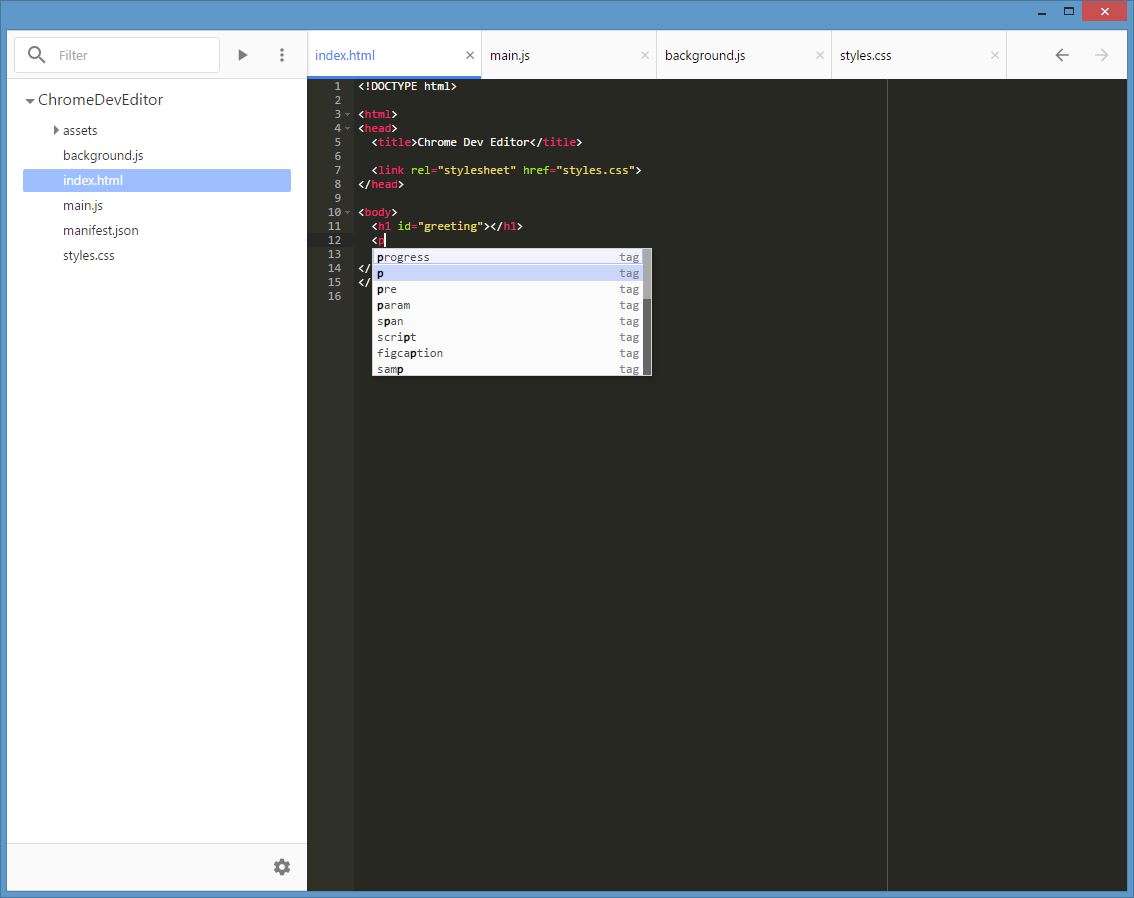 It even provides an integrated web server and supports Web Starter Kit out of the box: 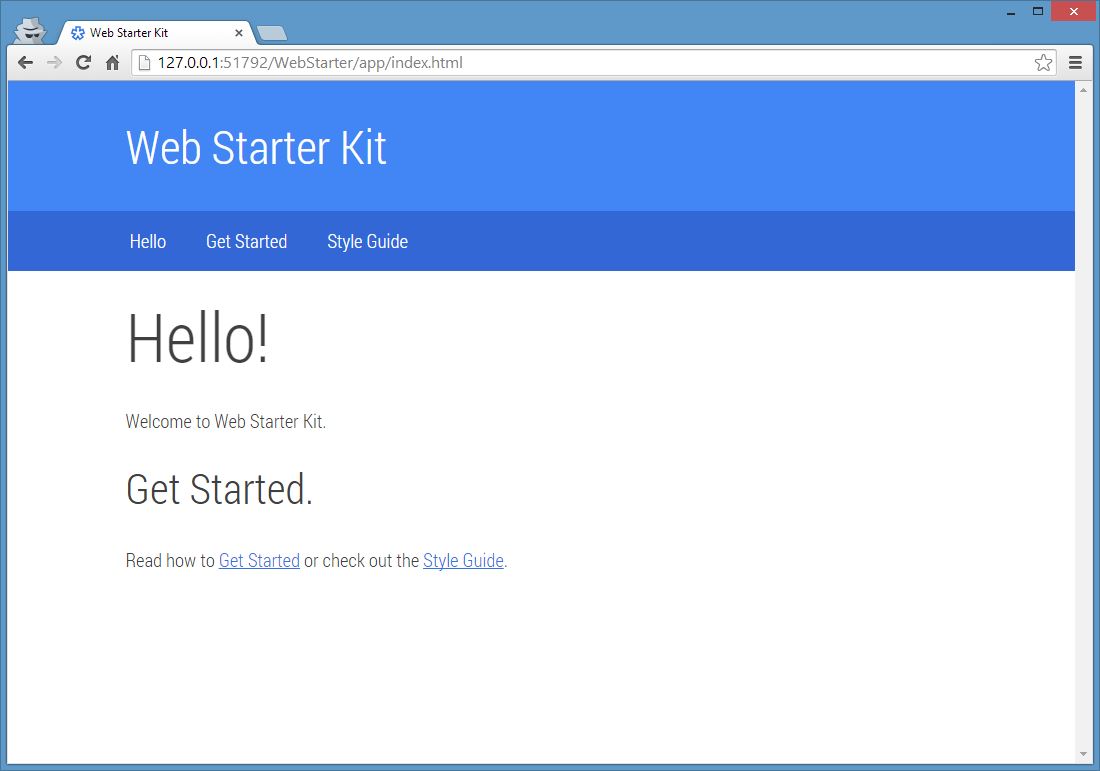 Disclaimer: This is an unofficial developer pre-release. I am not affiliated with Google.